British MotoGP rider Cal Crutchlow was at Silverstone today (Wednesday 09 March) for a tour of the ‘Silverstone Wing’, the circuit’s ‘spectacular’ new Pit and Paddock Complex. The Monster Yamaha Tech 3 rider, Britain’s only representative in the premier MotoGP class, was ‘blown away’ by the new facility, which the riders and teams will operate from for the first time at this year’s AirAsia British Grand Prix (10-12 June).
Crutchlow was taken on a tour of the new building, which will be officially opened on 17 May, by Silverstone Managing Director Richard Phillips. 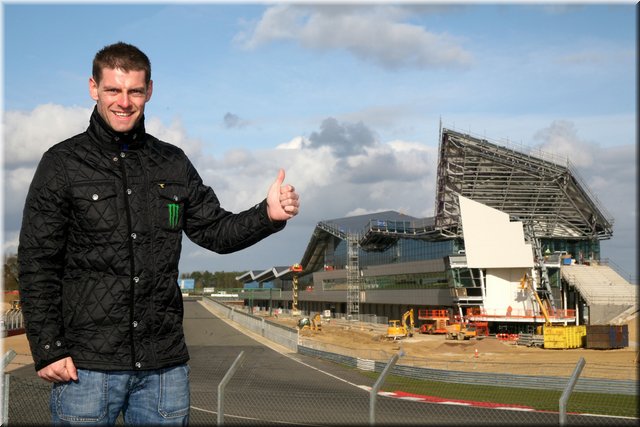 Cal Crutchlow
The striking new structure, measuring 360 metres in length and 30 metres at its highest point, will provide a world-class facility for teams, officials and spectators alike, including 41 new garages, a race control building, a new podium, media centre, hospitality and VIP spectator zones.
Speaking after his tour of The Silverstone Wing, Cal Crutchlow said: “It’s a spectacular complex, very impressive! I’d seen artist’s impressions, but I was blown away by the sheer size of the building. I’ve raced at most bike circuits around the world and very few, if any, offer facilities to rival these.
“It’s amazing what they’re doing here at Silverstone. They launched the new Grand Prix Circuit last year, which was awesome – very fast and technical, with plenty of opportunities to overtake – but I would say that having won both World Superbike races. Now they’re launching the new Pit and Paddock complex in May, in time for my home MotoGP race on 12 June. It just can’t come quickly enough; the atmosphere here will be incredible – I can’t wait.” 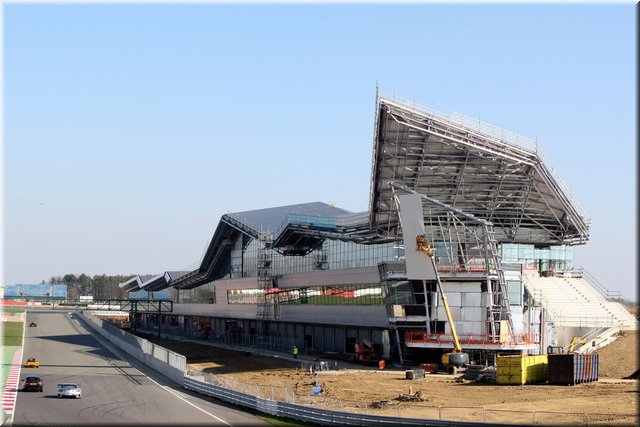 Richard Phillips, Managing Director of Silverstone Circuits Limited, commented, “We promised bike fans a better experience at Silverstone, and that’s what we’re delivering. The facilities, track, entertainment, having a British rider racing at the highest level – they all contribute to the overall experience. We have got all the ingredients for this year’s British Grand Prix to be a cracker.
“The Silverstone Wing signifies an exciting new era for Silverstone. It’s a pioneering development and one of the best bike facilities in the world. We’re delighted that Cal has taken the time to come and see it for himself, especially as MotoGP will be one of the first events to run out of it on 12 June.” 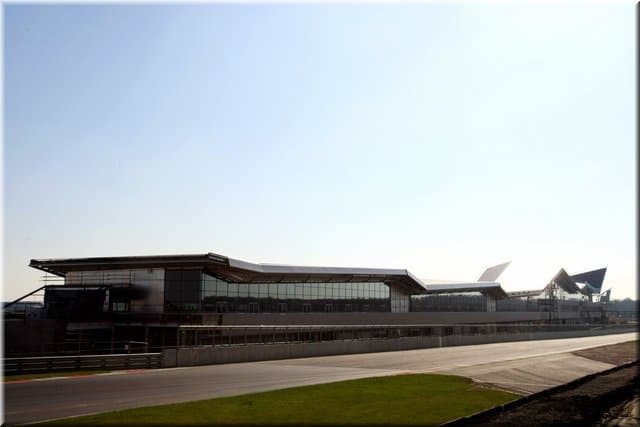 Advance tickets for the 2011 AirAsia British Grand Prix start from just £16. For further information, or to purchase tickets, visit www.silverstone.co.uk, or call 0844 3750 740