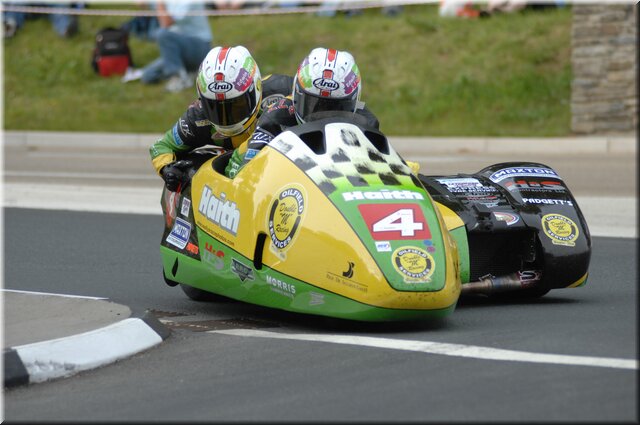 The field contains ten crews who have lapped the Mountain Course in excess of 110mph. On recent form, the man they all have to beat and the favourite for honours is last year’s double winner Klaus Klaffenbock who is again joined by Manx passenger Daniel Sayle.

The 2001 World Champion achieved a lifelong dream when he won in 2010 and the pairing will set off at number 2 this time around as they aim for more success. Ten seconds ahead of them will the leading Suzuki-powered outfit of John Holden and Andrew Winkle who came agonisingly short of their first victory 12 months ago when Klaffenbock and Sayle got the better of them by just 1.12s in the thrilling second 3-lap sidecar race. 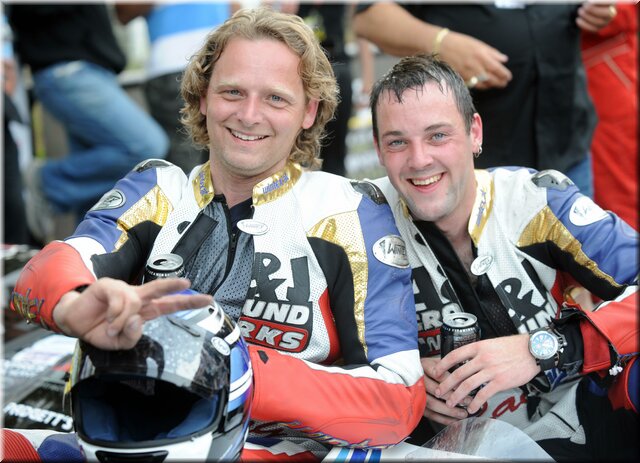 Despite having quit the short circuits, Tim Reeves is desperate for a maiden TT win and the triple World Champion lines up at number 3 with Frenchman Gregory Cluze just ahead of another set of World Champions, Ben and Tom Birchall, the Nottinghamshire brothers making their second appearance after an impressive debut in 2009. One place further back is Simon Neary and Dipash Chauhan, the Leeds driver again benefiting from the experience of 5-times winner Nick Crowe.

Conrad Harrison took his first ever podium in 2010 and will set off at number 6, this time with Mike Aylott as passenger whilst Tony Elmer/Darren Marshall, Gary Bryan/Gary Partridge, Roy Hanks/Dave Wells and the returning Dougie Wright/Martin Hull complete the first ten in the field.

Almost 60 entries for the class have been received with the likes of Greg Lambert, Gordon Shand, Bill Currie, Rob Handcock, Tony Baker and Dave Kimberley all back for another attempt whilst veterans Kenny Howles and Eddy Wright have also been lured back into competition. Miles Bennett is the first of the newcomers at 37, two places ahead of Dean Lindley.

“The sidecar class remains an integral part of the TT Race Programme and it is pleasing to see an increase in entries for this year with as many as eight newcomer drivers taking on the Mountain Course for the first time. The standard of the entry is first class and the races are as open as they have been for many years.”