Dunlop will compete on the ZX-10R in the Dainese Superbike, Royal London 360 Superstock and PokerStars Senior TT classes under his own Michael Dunlop Racing banner. He will again ride a Yamaha machine in the Monster Energy Supersport races in 2011. 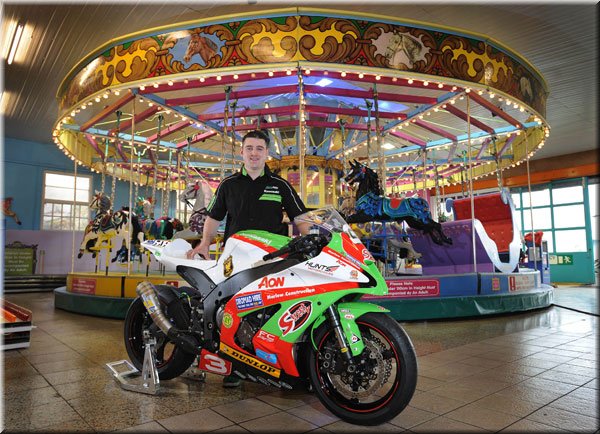 The Northern Island racer will also retain support from his personal sponsors and will also participate in the North West 200 and Ulster Grand Prix, as well as several national races.

A number of top teams were interested in acquiring the services of the 22-year-old, but the Ballymoney based Dunlop felt that the package on offer from Paul Bird best suited his requirements.

« I’m grateful to Paul for giving me this opportunity – it’s great to be riding for this team and have my own people on board again as well, » said Dunlop. « There’s no reason why I can’t win big bike races on this bike and make a name for myself by following in the footsteps of my dad Robert and uncle Joey, » he added.

Dunlop secured his first international win with a success in the 250cc class at the 2008 North West 200. He followed that up with a victory in Supersport TT race in 2009 and took two second positions and a third-place finish at last year’s TT, setting a new Supersport lap record of 127.836mph (17’12.30) in the process. He finished runner up in the overall TT championship to Ian Hutchinson.

“Michael has already had a great TT career and has proved himself very competitive across all classes. This team could take him a step closer to winning one of the Superbike races and is well deserved based on his road racing career to date.”